12 SEO Myths That Can Give You A Laugh! 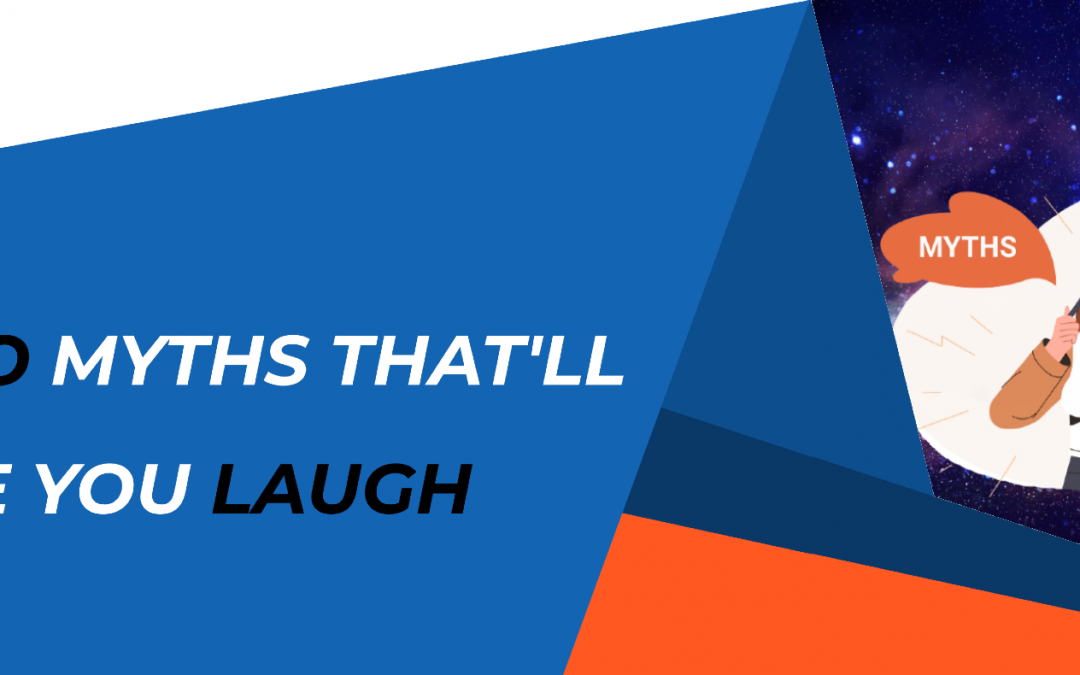 It’s okay to admit it. We’ve all been duped by myth like old wives’ tales, hacks, and urban legends about how to increase website traffic by X% in no time. It’s all too tempting to desire a quick fix for SEO, which is extremely difficult.

Myths about SEO have persisted almost as long as search engines themselves. They are frequently the result of a misunderstanding about Google, something small that has been exaggerated, or the perpetuation of old advice. Here are 12 of the most common SEO myths that will make you giggle.

You’ll be astonished to learn that industry leaders in a certain domain may be ranked 2 or 4 in a simple search. Does this have an impact on their traffic? No, it doesn’t. Because you must remember that the content that goes along with the keywords is more important than the right keywords that fit the search query.

Long-tail keywords are frequently the ones that offer you great web traffic, as opposed to those few magical keywords that you believe are all-important. Quality content is what attracts online consumers and Google, not how well you perform in terms of keyword research and implementation.

There’s a notion that if you’ve done an SEO campaign before, it either yielded good results, so you’re not interested in going further because you’re happy with your existing status, or it yielded no results, so you’re not interested in putting in more effort because it seems pointless. Whatever happens, you may rest assured that it will last. They don’t. To put it another way, without ongoing improvement and maintenance, everything degrades.

Many well-intentioned SEOs have failed to achieve their goals by focusing solely on link-building. This fallacy is especially problematic if the link-building strategy is focused on quantity rather than quality or credibility. Never put all of your SEO eggs in one basket, especially in an era when new content is becoming increasingly important.

Let me set the record straight on this one. Have they crossed the line from white to black hat SEO if they utilize tools and platforms to make their job a little easier? That’s not the case. That’s just myth. SEO tools are only as spammy as you make them out to be. Those who want to learn more about the differences should read Natural Search Blog’s post on white hat automation.

5.      Add SEO Keywords To A Banner Ad To Increase The Website’s SEO

Although it’s a clever idea, adding SEO keywords to a banner ad won’t boost your website’s SEO; nevertheless, PPC advertisements will help drive sponsored traffic to your site. Instead, you should concentrate on link building through backlinks. Backlinks signal search engines that your site is a reliable source, and they contribute to the development of your own site authority.

6.      If You Have A Google Search Console Account, Google Will Know You Are Trying To Do “SEO” And Will Penalize You

This is simply not true. It’s a mere myth. Using the Google Search Console is not the same as checking someone else’s credit score, and you will not be charged for doing so! So, disregard this advice! Also, explore which SEO tools are best for your budget, goals, and website.

There’s a common myth that whatever you accomplish with your website, Google will apply new algorithms that will undo all of your hard work in an instant. You can have high ranks one day and then fall into the nine circles of Hell the next. Google is waging a fight on anything SEO-related you try to implement.

It’s true that Google seems to go out of its way to make SEO seem pointless at times. Of course, that is not the case. Google is only concerned with one thing, and that’s making users happy. As a result, it clearly despises manipulative SEO that takes advantage of any opportunity to artificially boost rankings. Otherwise, Google encourages SEO unquestionably. Google has even created its own SEO Starter Guide. It’s a little out of date now, but it still urges individuals to use SEO to boost their visibility.

When asked publicly, the Google folks take advantage of every opportunity to express their dissatisfaction with link building. For example, the world will never be the same after Google’s John Mueller said that link building is something he’d “want to avoid.” Many people misconstrued Google’s statements and began to believe that link building is bad in general and that you’ll be penalized if you do it. This is far from the case. It’s just a myth because link authority is strongly weighted in search engine algorithms.

White-hat link building is a legitimate approach to increasing your website’s authority, and it is a marketing strategy that has stood the test of time. Building millions of meaningless links to rank better overnight is not a good idea. You will undoubtedly be penalized if you behave in this manner. Over time, your link profile should gradually develop. Only by using this method can you ensure Google that you are using high-quality backlinks.

9.      Never Ask For A Link Directly Or You Risk Penalties

This one is not a complete myth. People that participate in manipulative link tactics may face repercussions from Google. Let’s imagine, for example, the press reports about you but doesn’t link to you. Is it a terrible idea to request a link from that article? Certainly not. Let’s imagine you’ve recently opened a new bar and there’s a directory like the PDX Monthly that has a list of them. Is it against the rules to ask them for a link? Without a doubt, no.

So there are a lot of good ways to ask for connections directly, and it’s perfectly fine. You’re fine when it’s acceptable and you think there’s a match, and there’s no bribery or payment involvement.

10.  Don’t Link Out To Other Sites, Or You’ll Leak Link Equity Or Page rank

Okay, so it’s a myth based on some fact. PageRank used to flow in a certain way in the past, and it was the case that if a website had a lot of links pointing out from it, that if I had four links, a quarter of the PageRank that this page could pass would go to each of them. So if I add one more, oh, now that’s one-fifth. This is traditional SEO. This is not the case anymore.

11.  Never Get Links From Any Directories

This is essentially about utilizing your common sense and recognizing the difference between SEO and paid link directories and a resource directory that lists genuine, authentic sites. You should acquire a lot of links from the latter, but not from the former.

There is a common misconception that if you want to dominate the local SEO market, you must optimize Google Maps in addition to organic SEO. They are two sides of the same coin. One cannot exist without the other. You can’t work on them independently, either. You must optimize organically in order to create an impact on the local SEO scene. This will have an effect on your Google Maps ranking. Local listings that rank have a very high chance of appearing on the first SERP organically.